Making a mark in the arts: Jan Asai

Jan Asai, 67 is best known as co-founder of Columbia Dance located at 1700 Broadway Street in downtown Vancouver. The thriving nonprofit, now a proud member of Regional Dance America was started in 1989 with jazz instructor and choreographer Wendy de la Harpe. The collaborative effort reflects both de la Harpe’s and Asai’s passion for the arts and their desire to bring the beauty of dance and the community together to celebrate the inspiration and connection that only art delivers.

“I can’t tell you the satisfaction I get,” said Asai about the results of the hard work that goes into the success of Columbia Dance. “I was walking through the studio one day, and there was this young dancer — about 10 years old — doing barre exercises in the big studio, and as she leaned back, I caught her eye, and she gave me the biggest smile, and I smiled back.” 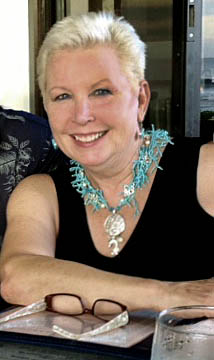 It wasn’t a straightforward path for Asai. The oldest of five, and a dancer in her own right since age 6, Asai, a Colorado native, danced clear through college while earning a bachelor’s in sociology.

In 1972, dance fell away as her focus moved toward finding a job, which she did as an accountant in Los Angeles. The success of this first job inspired Asai to both earn an MBA and become a certified public accountant. She later moved to Vancouver to join a national accounting firm in Portland, which ultimately led to her marrying the love of her life, Winston, a fellow accountant.

Asai’s heart was still in the arts, however. When the couple’s first daughter, Kristin, turned 5, Asai felt inspired to sign her up for a dance class at the Academy of Ballet Arts Studio, located in Hazel Dell at the time.

The year was 1987, and things changed when Asai also signed herself up for a jazz class with instructor and choreographer Wendy de la Harpe. There was no turning back.

“I truly felt an empty place in my soul filling back up again!” said Asai. “I then realized just how important dance is as a medium of expression and beauty — and the rest, as they say, is history.”

That history began when she learned de la Harpe was looking for a place for eight dancers to rehearse and needed some help achieving this goal. Asai stepped in.

“The Columbia Arts Center was the first place where we performed,” said Asai, referring to the long-time downtown arts center that closed its doors in 1999. “It was pretty hand-to-mouth in the beginning.”

Asai, with her passionate and artistic nature, began envisioning the possibilities. The two women formed a nonprofit arts organization, which, in 1989, became Columbia Dance, dedicated to embracing all ages and ability levels. The nonprofit would not turn away those without the ability to pay and would brush aside the notion of dance as an elitist institution.

“We were encouraged by business owners who had vacant storefront properties to make them available for the arts,” said Asai. “And as properties sold, we would move around.” Columbia Dance evolved as Asai hired Jan Hurst in July 1996 to serve as the artistic director. Hurst eventually bought the building Columbia Dance occupies today on 17th and Broadway.

“I am so lucky,” said Asai, “because at the end of the day, I’ve gotten to be involved with things I really love.”

Asai gives her mother, a full-time homemaker, credit for teaching her the value of organization. And she says her ability to take initiative comes from her father, an air force pilot. With three younger brothers, Asai said she felt she could do anything they could do. She explains in an essay that her entire life was defined by a military life. But growing up with a father in the military meant the family could travel and experience other ways of life. Asai describes an “outdoorsy lifestyle” growing up with lots of camping and fishing.

During her early years, doing volunteer work when she wasn’t at school, she could be found spending time working with migrant workers. Asai’s resiliency continues through her volunteer work today. Among her other efforts, she lends her support to the Vancouver-based nonprofit Educational Opportunities for Children and Families (EOCF).

Asai’s support for arts education is balanced with an understanding that engaging youth is not enough. “We must also foster the arts in adult life,” said Leslie Durst, arts advocate, philanthropist, and good friend. “Or kids don’t see the point of being exposed to the arts at an early age.”

Durst, with a long history of being influential in the arts community, was a contributing lead donor to Columbia Dance. The Vancouver School of Arts and Academics theatre was remodeled and named for her father, Royal Durst. And like Asai, Durst is actively involved in the schools and arts education.

With so much positive community support of the arts, Asai is looking forward to the future.

As a part of the work to develop a new Culture, Arts and Heritage Plan, the City of Vancouver in coordination with Arts of Clark County (AoCC) is convening a follow-up event to AoCC’s arts summit to gather arts community input.

“I couldn’t be more excited about what’s happening in Clark County right now,” said Asai. “Our output will be an arts and culture plan for the City. The fact that we have so many people coming together and working together to form partnerships is good.” Asai added, “having the Summits has gotten people thinking about collaborating again, and I think that is also good — I have high hopes,”

On February 6 at 5 p.m. during the Clark County Council Meeting, the Clark County Arts Commission will honor Asai with a Lifetime Achievement Award. This is not the first time her tireless efforts to support the arts has been recognized. In 2006, Asai was named a Woman of Achievement by the YWCA for her volunteer work.