Artists eager to connect with community

After a one-year pause, the popular self-guided tour of artists’ studios returns the first weekend in November. In its eighth year, Clark County Open Studios Tour celebrates the creativity of local artists and artisans as they open their doors to the public. Art lovers, treasure seekers, holiday shoppers, and the art-curious will get a rare opportunity to meet real live artists in their native habitat.

“This year we’ve taken special care to ensure that both the artists and visitors feel comfortable,” says Jennifer Williams, Open Studios Director. “COVID safety precautions will be in place for each studio configuration. We’ll also have alternatives to the in-person tour. Artists will be sharing video demos online leading up to the tour, and after the tour, many artists will be open for additional studio visits by appointment as well as for online shopping.”

For artists, Williams explains, this period of self-imposed isolation has meant more time in the studio, an opportunity to concentrate on their practice, and to hone their techniques. “Artists are resilient, always looking to learn new skills and finding ways to adapt. The results are prolific art making, new techniques, and some very powerful bodies of work. Open Studios offers artists the missing link—an opportunity to reconnect with an audience on a personal level and share what they’ve been creating.”

Each year, the event showcases both a wide range of art mediums and a diverse mix of artists—including regulars who have participated multiple years and those entirely new to the program or to the area. One such artist is Abhisar Gupta who arrived in America from India in 2009 and settled in east Vancouver in 2018. Like other artists on the tour, Gupta sees the advantage of not only sharing his work with the public but in connecting to the local arts community.

Gupta applies his background in computer science engineering and his love of nature in a creative process that yields magnificent photographs defying description. Though he has an award-winning practice in landscape and nature photography, his unique area of focus is the specialized niche of soap film photography. Using a macro lens and a solution of water, detergent, and glycerin, he shoots intense close-ups of the color patterns and optical effects in suspended soap film.

In a tour of his studio, Gupta will gladly explain complex properties of light and color as he shows off stunning large prints that are more akin to abstract paintings than what you might expect from a photographer. He describes his work as “the magic of nature, powered by science and captured using technology through an artist’s vision.” 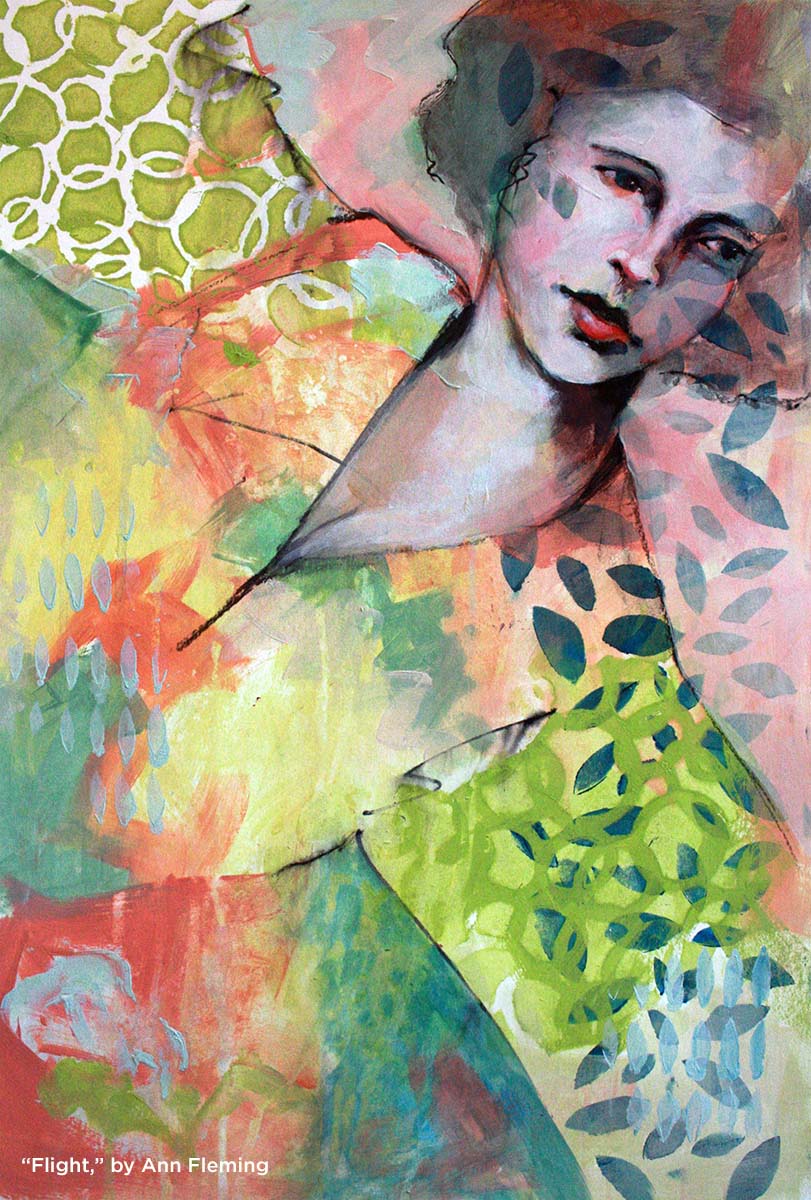 Arriving in Clark County from not so far afield is artist Ann Fleming who earlier this year moved to Ridgefield from White Salmon in the Columbia Gorge. Born and raised in Portland, Fleming is a potter, sculptor, and painter. After many years creating colorful functional pottery, she discovered the joy of narrative storytelling and began sculpting female and animal figures in clay and, since 2006, casting limited editions in bronze.

“Though I loved hearing that my cup or bowl was joyfully used daily, there was no comparison to evoking a shared emotion,” says Fleming about her sculptural works. While she can’t always tell you where ideas come from, it’s clear that a consistent vision is driving her forward. In every beautifully crafted piece she seems to be capturing a whimsical moment in an imagined world where only love and caring prevail.

Throughout her career, Fleming had been nagged by the memory of an academic advisor telling her that her strength as an artist was in her 3-dimensional work, not in her paintings and drawings. So she unconsciously resisted the temptation to paint. But her recent journey into painting provides ample proof for why aspiring artists should ignore the naysayers on their path in life. Fleming says her greatest asset now in her pursuit of painting is pure tenacity.

Her studio walls are filled with dozens of paintings. Like her sculptures, they primarily depict women and animals. She is not sure what compels her to the subject matter. She says the figures emerge in her painting process as she finds herself wanting to make a connection with the person she is painting. When asked if these are all somehow self-portraits, she says, “I don’t know. Maybe they are, in a way.” Whatever the case, her poetic and evocative paintings are superbly executed.

Every artist has a story to tell about how they got involved in art. Vancouver artist Christian Barrios’ story began when he was a young boy in Mexico City. When he wasn’t in school or playing soccer, he would hang out at his grandfather’s custom ceramic business where he learned to paint decorative glazes in the traditional Talavera style. By age fourteen he was painting wall murals while working regularly for his grandpa. At sixteen he moved to Southern California with his aunt and then finally settled in Vancouver where he could connect with his cousin who lived here.

Though he had to find ways to earn a living, working at a local restaurant, Barrios never stopped making art as he explored a variety of mediums including painting, paper mache, and photography. A chance encounter with master marquetry artist Gene Zanni captivated Barrios’ attention and led to an apprenticeship that honed his skills in designing, cutting and assembling wood veneer as a marquetry artist.

Barrios has painted three of the murals in the International District’s murals project spearheaded by Fourth Plain Forward and the Clark County Mural Society. He has also received numerous grants to teach indigenous art and bilingual art classes. With an impulse for creative expression that knows no bounds, Barrios loves to share his love of art making.

Once, when leading a group of children in a mural painting project, the smallest child, perhaps five years old, was shy and hesitant to step forward to contribute. The other kids were a bit skeptical about what this little boy could do. But Barrios continued to encourage him to join in the painting. Finally, he surprised everyone and came forward to paint the most beautiful flower of all. Filled with pride as the others gathered round to admire his work, the small child walked up to Barrios, gave him a hug and said thank you. “Tears were rolling down my face,” says Barrios. “I couldn’t stop myself. I had to just run to the bathroom to dry off my face.”

The fifty artists’ studios in the free, self-guided Clark County Open Studios Tour are open to the public from 10 a.m. to 5 p.m., Saturday and Sunday, November 6–7. Complete information about the tour, including artist profiles and studio location maps are available online at artstra.org/open-studios.

For a preview of all fifty artists’ work, the public is invited to attend the reception and preview exhibit from 5 p.m. to 9 p.m. on First Friday, November 5 at Art At The Cave gallery. The exhibit will also be up through the month of November.